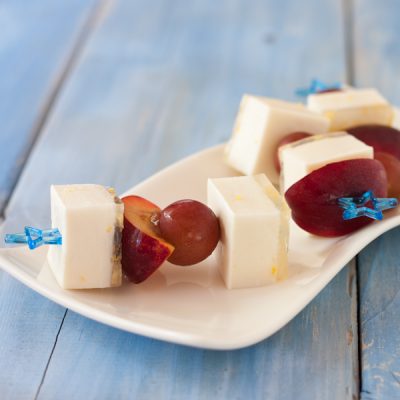 I saw the recipe for piña colada on a stick in the July issue of Cooking Light and was instantly intrigued. I decided to try a version of it for the Melissa’s Produce Lemonade Challenge to support Alex’s Lemonade Stand. What I didn’t expect: this easy dessert tastes exactly like lemon meringue pie! Bonus, it’s paleo, sugar-free, gluten-free, low-sodium, and dairy-free! The gelatin naturally separates into layers as it sets, giving you a clear layer on the bottom with the flecks of zest, and a rich creamy layer on top.

While this is dairy-free, it’s not vegan because of the gelatin. You could try using agar agar powder in place of the gelatin for a vegan version, but I haven’t tested it.

How I renovated this recipe

The original recipe from Cooking Light made a toasted-coconut-infused gelatin. Since I wanted to highlight the beautiful Meyer lemons, I skipped all those steps and simply replaced some of the coconut water with fresh Meyer lemon juice. I added the lemon zest for pretty flecks and also more flavor. I used full-fat coconut milk and added one tablespoon of coconut manna (also called coconut butter) instead of the heavy whipping cream their recipe called for, and I omitted the salt. I hoped that would add the right amount of fat for the gelatin to separate. My layers weren’t as distinct as theirs. I replaced the sugar with high-quality organic stevia in packets for just the right amount of sweetness with no aftertaste. I did try marinating the plum pieces in a mixture of lime juice and rum, as their recipe did with pineapple. I did not care for that flavor combination, so I’ve simply suggested using more lemon juice to keep the plum pieces from browning.

Not for:
vegan or migraine diets

You might also like:
Piña colada on a stick from Cooking Light (inspiration recipe)
Honey grapefruit gelée from Empowered Sustenance
Paleo Strawberry Jello (that looks like adorable mini watermelons) by Rubies and Radishes
Required FTC disclosure: I was sent the Meyer lemons, plums, and muscato grapes from Melissa’s Produce for this post. I was not paid to write this post. 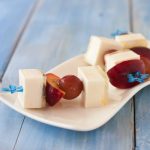 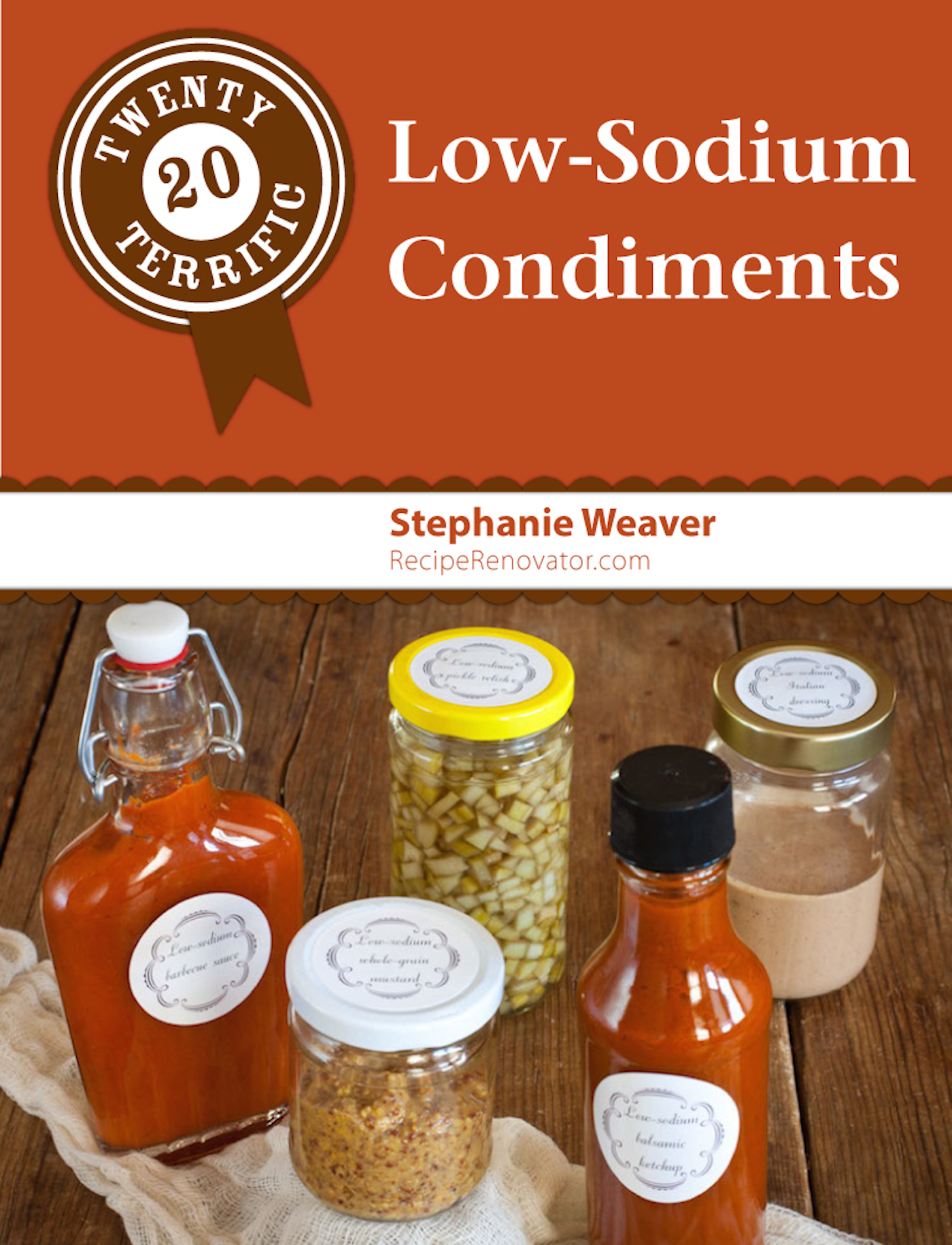