How to make vegan mayonnaise 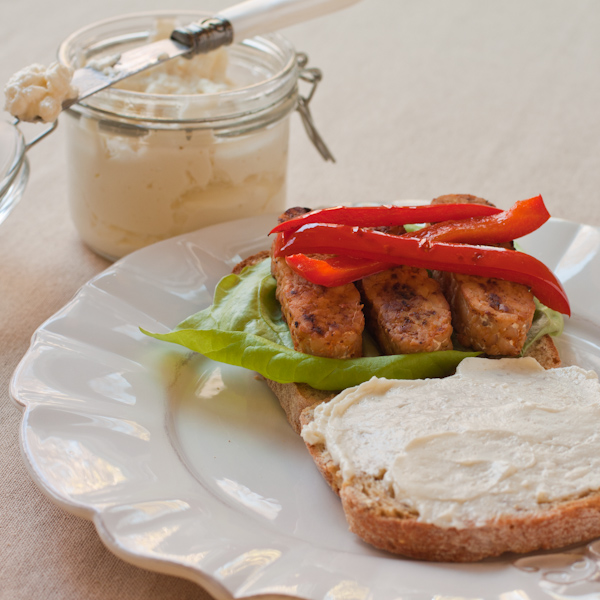 Didn’t think you could make your own vegan, eggless, mayonnaise? You absolutely can, and the only special ingredient you need is agar flakes. This rich, creamy mayo rivals anything you can buy in the store, and you can make as much or as little as you need.

Agar is made from dried seaweed, and is used as a thickener in Asian desserts, molecular gastronomy, and in petri dishes at most science laboratories. It creates and holds the oil-milk emulsion. You can flavor this mayo with lemon juice, add a little sweetener, or use it as a base for dips or salad dressings. Start to finish, this recipe takes only 10 minutes. 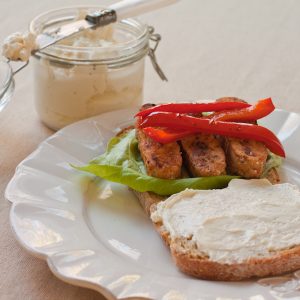 How to make vegan mayonnaise

Per one tablespoon: I have not been able to replicate this with any other type of nondairy milk. I have tried the following milks without success: rice, almond, hemp, coconut, and hazelnut. Soy milk curdles and gets beautifully thick. Make sure you use organic (non-GMO) soy milk. Store this in the refrigerator. It lasts about two weeks. You might see a little bit of separation; stir it and it will be fine.