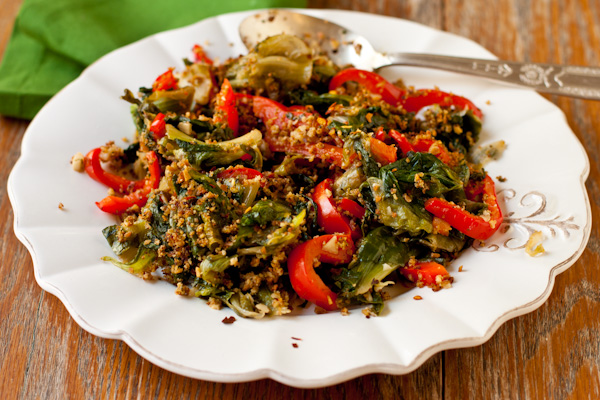 Escarole, peppers, bread crumbs, and coconut bacon combine to make this unusual side dish that’s native to upstate New York. This recipe could also be called Two Worlds Colliding, when a work trip is followed by free escarole.

I recently traveled to Utica, New York to work for a museum client. Utica is midway between Albany and Syracuse at the edge of the Adirondack Mountains. The topography couldn’t be more different than San Diego. The weather was cold and crisp, there was snow on the ground, and the sun slowly set as we made the ninety-minute drive from Albany to Utica. Seeing the quality of the light, the geese flying in formation, and the towns full of brick buildings set along the river took me back to my childhood in Connecticut and driving up north to ski. 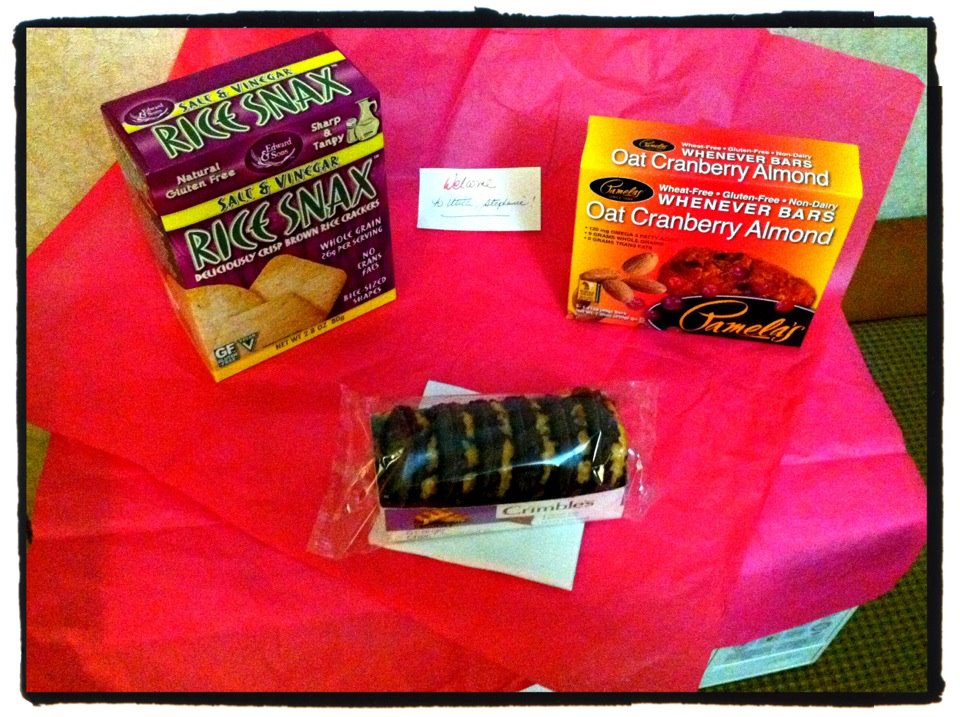 My hosts were incredibly gracious, filling my hotel room with gluten-free snacks, a bouquet of flowers, and plying me with gluten-free baked goods at every meeting. Like my home town in Connecticut, Utica is full of Italians. Talking food with them made me remember many boisterous dinners at the Martino’s. It was at these dinners I learned that sauce is properly called gravy (and confusingly, gravy is called sauce), how to pronounce mozzarella (drop the “a”), and generally how to eat until I cried uncle.

My host Tony extolled the virtues of a dish that’s unique to Utica, fittingly called Utica Greens. He says, “Scarola is the proper way to say it in Italian. In my East Utica neighborhood we pronounced it something like this : sca all.”

Escarole—a hearty, bitter green related to endive—is sauteed with plenty of cheese, proscuitto, bread crumbs, and Italian hot peppers. While I might have been able to eat around the meat, the bread crumbs made it a no-go. And that would have been the end of the story, except that the next day my friend Liz the Chef called. Did I want some escarole?

One of the oddly cool things about food blogging is that companies start sending you product samples to try, hoping you’ll write about them. In this case, Liz literally received a case of greens from Cut ‘n Clean Greens produce company. I took the escarole and some kale salad, and decided to have a go at renovating Utica Greens.

For the vegan version you’ll need to make coconut bacon from this recipe first.

Have you ever had a greens dish like this? Do you have a favorite regional dish? Share your memories in the comments. 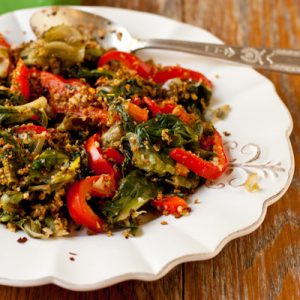 Per serving: You can use 4 slices of prosciutto if you eat meat. Chop those up and start sautéeing them before adding the garlic. If you cannot find pre-bagged escarole, then weigh it at the store to get just under a pound. Since the escarole is a bitter green, you need to have enough bell pepper in the dish to balance it with sweetness. This was delicious over cooked pasta with some mozzarella-style Daiya cheese. If you eat dairy, stir in 1/4 C. of parmesan before putting on the crumb topping. I hear it's also used as a topping for hot sandwiches (Italian beef or sausage); it would be very good on top of eggplant or chicken parmesan too.