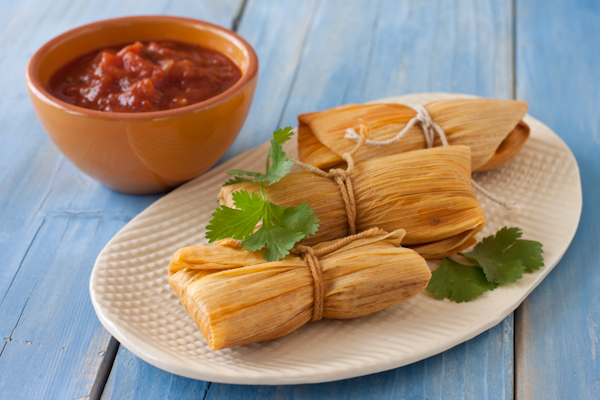 Paleo month continues here on Recipe Renovator with these grain-free paleo tamales. For those of you who haven’t read this blog in a while, I had to go on a modified paleo diet last year after my diagnosis of Meniere’s disease and migraines. It’s been a big adjustment; the good news is that the diet works for me and I rarely have migraines any more. My severe Meniere’s symptoms have not recurred, and a recent test of my inner ear structures showed that there is no permanent damage.

The migraine diet book I’m writing covers exactly what the diet is, transitions people on to the plan over eight weeks, and explains why I think diet changes are an effective approach. It includes 125 specially crafted recipes to support people’s success.

This recipe isn’t in the book, as it’s a step further along the grain-free path. I have always loved tamales, and last Christmas I joined some friends in the San Diego Food Bloggers group for my first attempt at traditional tamales. While I love the heartiness of tamales, I try to eat as little corn as possible and as few servings of grains as I can manage. I’m not completely grain-free, but I’ve cut way back. So I’ve always wondered… could I make tamales without corn?

I did a test last week, making just two tamales at first. The texture wasn’t quite right, so I tweaked the “masa” and made another batch, this time making the full recipe. I had delicious seasoned shredded beef provided by Del Real Foods, so I didn’t have to make the filling. Using a pressure cooker, the tamales take only 20 minutes to cook. It took me about 45 minutes to form the tamales themselves. Plan on an hour if it’s your first time. One eight-ounce package of corn husks is enough for two batches or a double recipe. I made the tamales small, appetizer sized. If you want them larger, look at the photos on Ani’s post to see how to double up the husks for larger tamales; this recipe should make 15-20 bigger ones. 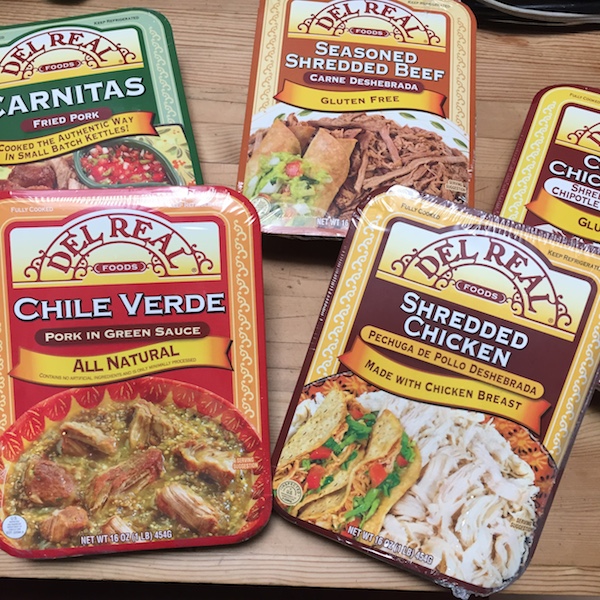 I based my recipe on my friend Ani’s recipe for pork tamales, who has been making tamales her whole life. Be sure to check out her post for additional tips, ideas for fillings, and a mole sauce that sounds amazing.

Required FTC disclosure: Del Real Foods provided five of their paleo-friendly items for me to taste-test. I was not paid to write this post nor did they send samples expecting me to use them in a recipe. We’ll be giving away a Del Real Picnic Pack featuring these five items (and more) on April 24th. 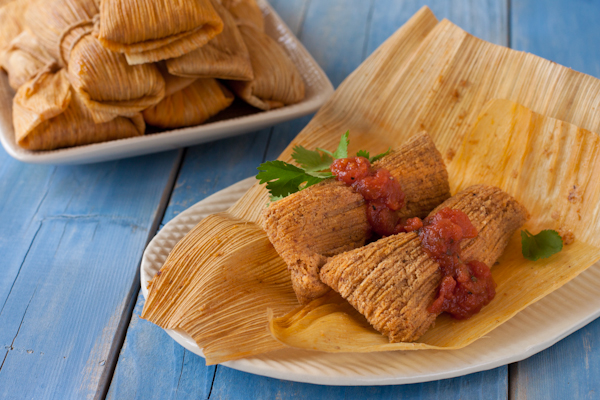 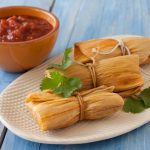 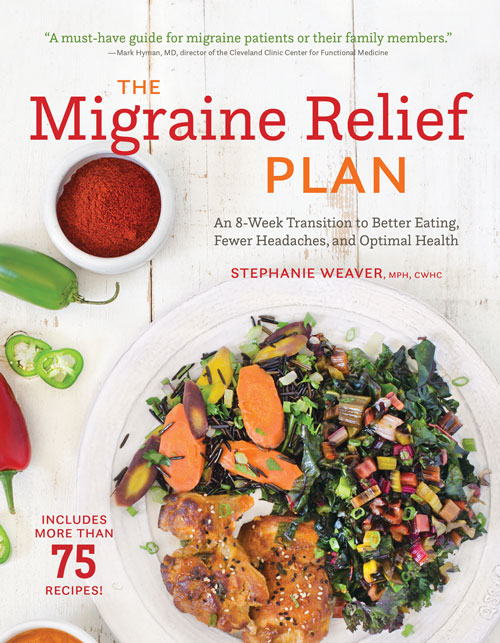 Get more exclusive recipes in my book