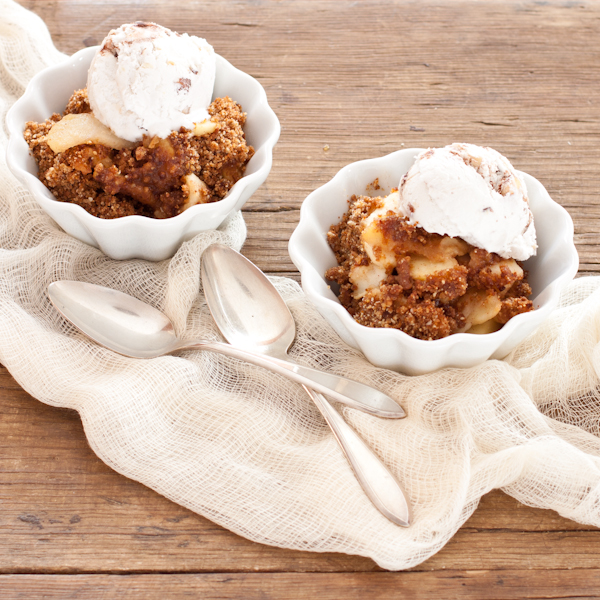 Does anything say autumn more than apples baked with cinnamon and sugar? If you’re not up for making an apple pie, apple crisp goes together quickly and tastes just as good! This recipe is grain-free, if you’re on a paleo diet or avoiding grains. 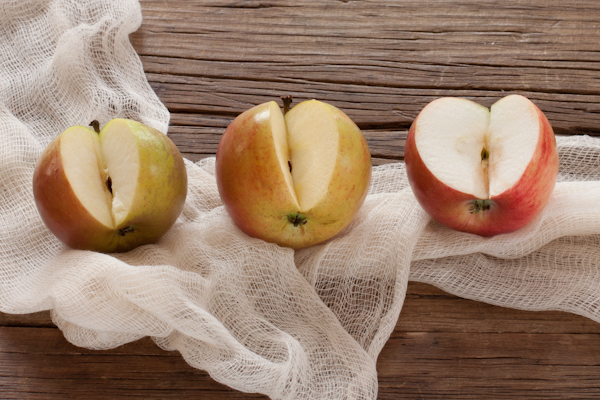 I received these beautiful heirloom apples from Frieda’s Produce. I’ll post more about them later. Ask for heirloom apples at your produce department or at the farmer’s market. If they have them, ask for a type that will hold up well when baked. 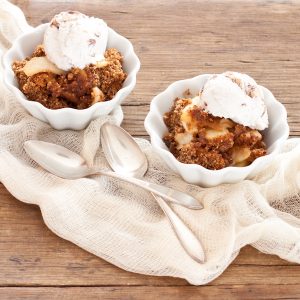 Per serving: Serve warm, topped with vegan vanilla ice cream if desired. Required FTC disclosure: I received the apples from Frieda's Produce. I was not paid to write this post.