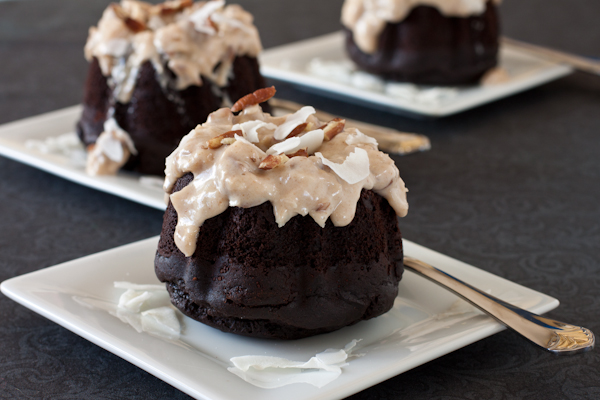 Rich, moist, chocolatey cake is covered with luscious coconut pecan frosting. No one will believe this is gluten-free and vegan. It was perfect to celebrate The Hubs’ birthday, as German chocolate cake is his all-time favorite.

German chocolate cake, it turns out, is not from Germany. It’s a completely American dessert, named for the German chocolate brand of baking chocolate. I took the easy route, using a pre-packaged dark chocolate cake mix, doctoring it up a bit. And then I created this yummy frosting to replicate the coconut-pecan frosting. It was a big hit with everyone at the party. 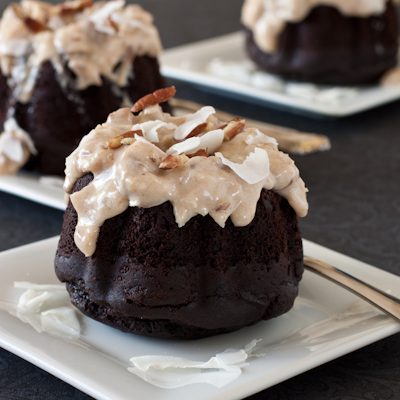