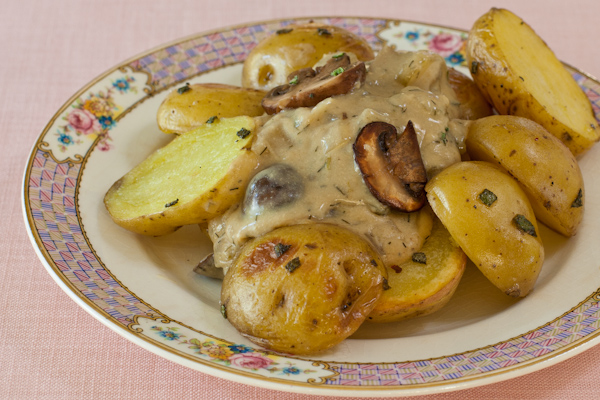 Creamy, hearty, meaty mushroom gravy… that’s meatless and gluten-free. Seriously, no one will even guess that it’s not a traditional gravy. Delicious over potatoes or polenta.

I have to give a shout-out here to People’s Organic Foods Co-Op in Ocean Beach, because this began as their recipe. I’ve tweaked it a little, including using marsala wine (thank you to Tanya of Leafy Greens and Me for that tip). If you’re ever in San Diego, visit their cafe, where you can have some of this gravy on something delicious. I have been known to make an entire pot of this just to eat it on toast. But not when The Husband’s home, as to him it looks too much like s*#t on a shingle, reminding him of his Navy days. 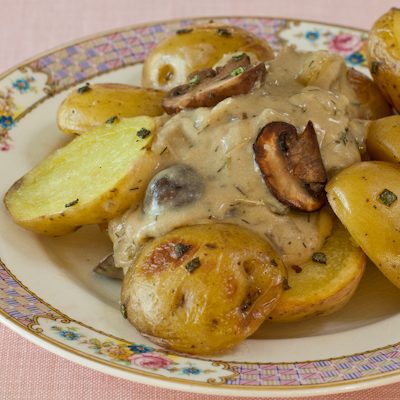