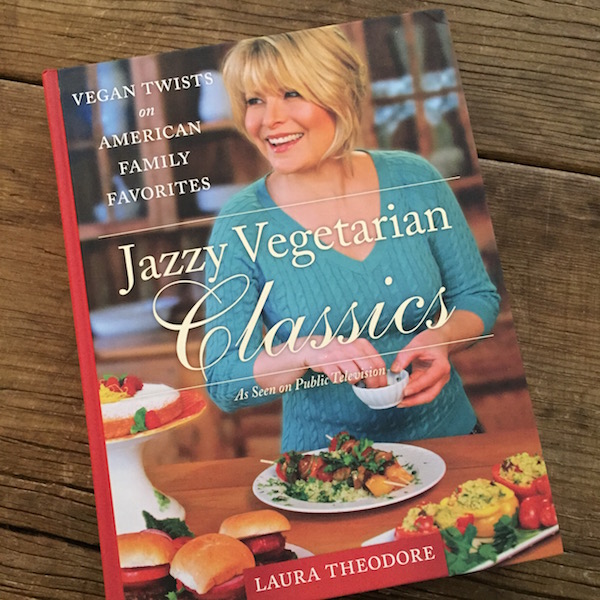 is completely vegan, so all the recipes are totally plant-based. (She explains in some detail why they originally chose the term vegetarian when creating the show in 2011. They didn’t think the term vegan was understood by enough people.) This book focuses on traditional family fare, updated to be plant-based. The book is full color and hardcover. Theodore is a jazz singer and actress as well as a cookbook writer and television host. 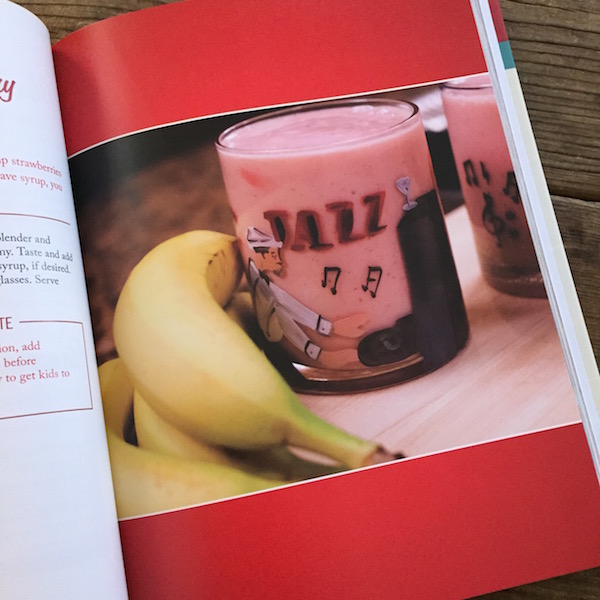 Many recipes include full-color, close-up photographs, showing what the finished dishes will look like. There are many photographs of the author on set, which fans of the show will like. 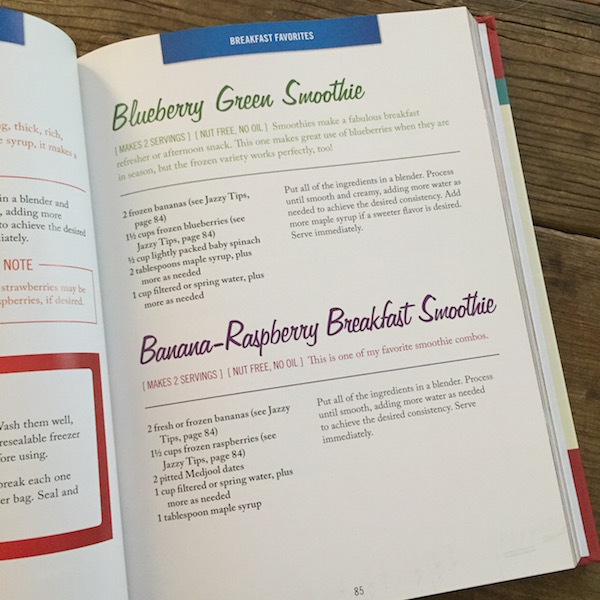 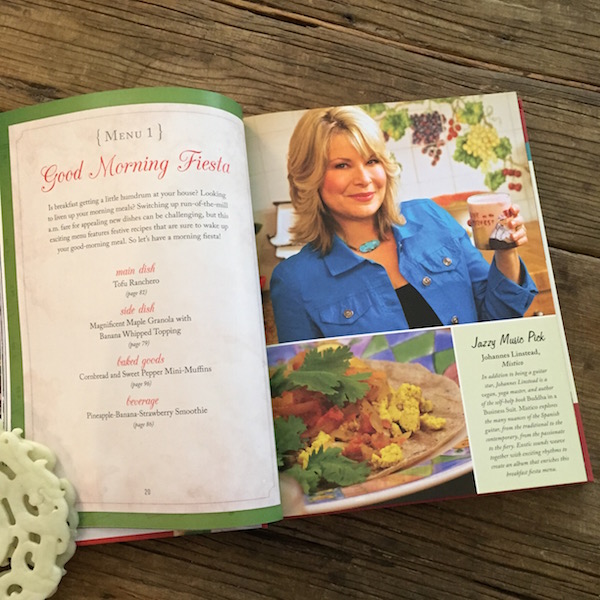 The menus in chapter two will be very helpful for people wanting to understand how to eat plant-based, as is the glossary and other tips throughout. A nice variety of recipes. Many recipes have gluten-free tips, but gluten-free recipes are not tagged. Some recipes include the words [nut-free, no oil] at the top. subtle. She only uses lightly-processed sugar, like maple sugar and syrup, and most recipes are whole grain.

Recipes were not coded for special diets; nutritional analysis is not provided, which would be helpful for low-sodium eaters. Some recipes had gluten-free options, but there’s no indication of how many recipes the book includes or how many recipes are gluten-free.

Required FTC disclosure: I received one copy of this book from the publisher for the giveaway on May 29th, 2015.
Here’s the book if you want to see more: