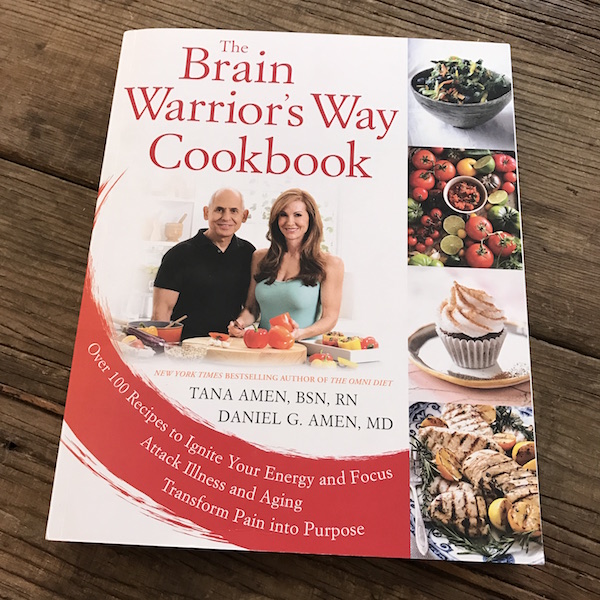 I confess, this was my first introduction to Dr. Daniel Amen and his wife Tana’s work, despite them both being multiple New York Times bestselling authors. Apparently I need to get out more. I had heard of him as one of the co-authors of The Daniel Plan, which my friend Chef Sally Cameron worked on. So I was intrigued to see The Brain Warrior’s Way Cookbook: Over 100 Recipes to Ignite Your Energy and Focus, Attack Illness and Aging, Transform Pain into Purpose

and learn more about their work. Since my mother-in-law has Alzheimer’s, and I have several friends whose parents are currently dealing with it or who have recently died from the disease, it felt timely to review. Hopefully it’s never too late to protect your brain. This is the follow-up cookbook to The Brain Warrior’s Way: Ignite Your Energy and Focus, Attack Illness and Aging, Transform Pain into Purpose 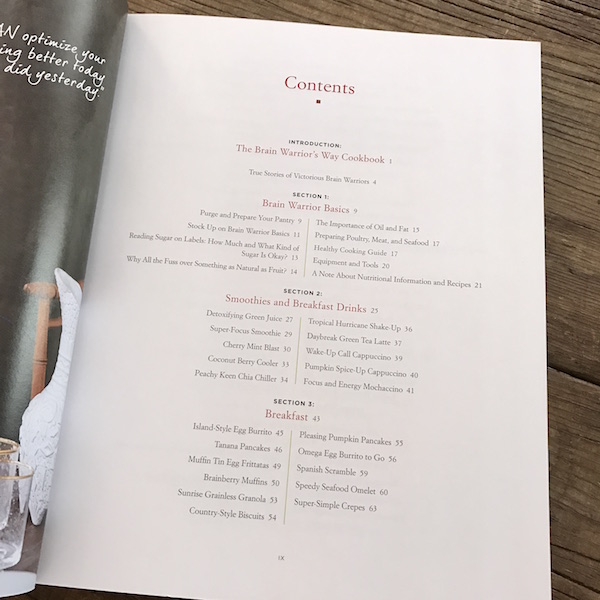 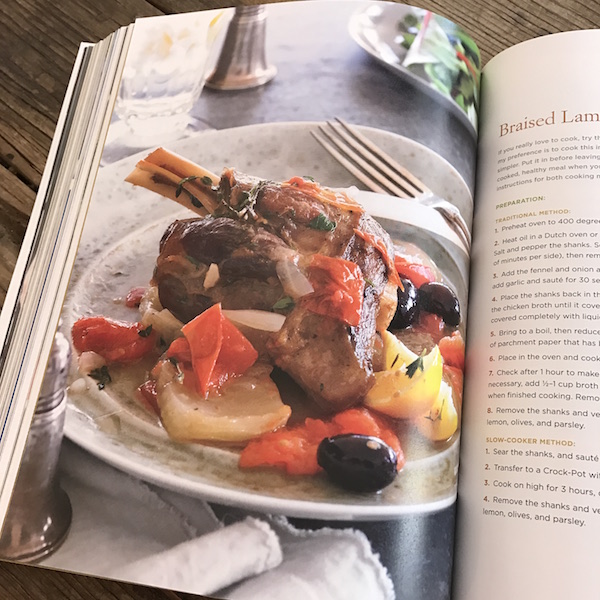 Nearly every other page features a full-color photograph, offering insight to the colorful finished recipes. 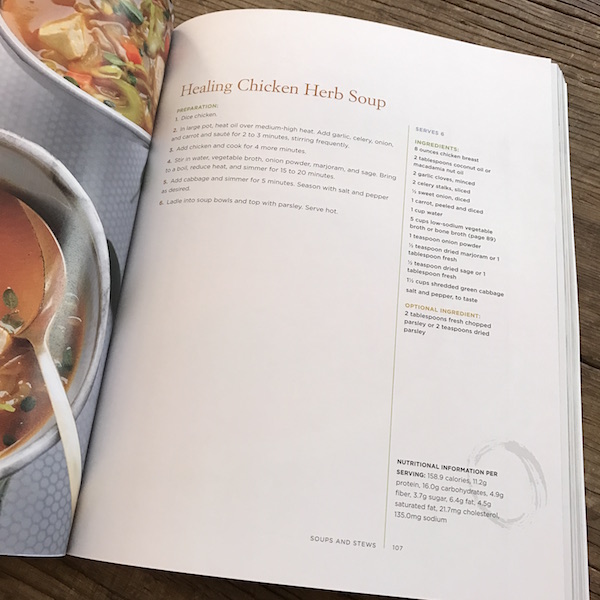 Inspiring food photographs, and the recipes are just about exactly the way I eat, so lots to choose from.

Recipes were not coded for special diets.

A note about my cookbook reviews: In the past, I tested at least three recipes from each book, took photos, and described my experience. Due to my dietary limitations (low-sodium, gluten-, dairy-, egg-free), it is no longer possible for me to test the recipes and do them justice.

Required FTC disclosure: I received one copy of this book from the publisher for a review.
Here’s the book if you want to see more: