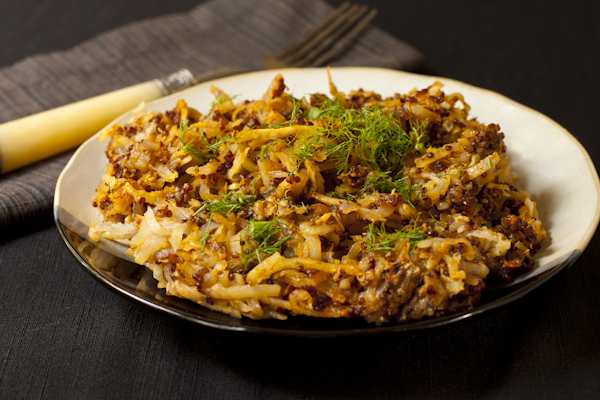 On Friday I showed you how to make soy-free vegan chorizo from quinoa (quinrizo). Today’s recipe uses that quinrizo to make a tasty, hearty chorizo-potato-fennel hash that’s perfect for Meatless Monday, and is Husband Tested and Approved. Fennel adds some sweetness and is a nice counterpoint to the spiciness of the quinrizo.

This takes 30 minutes to make. For tips to make parts of this ahead, see the notes below. 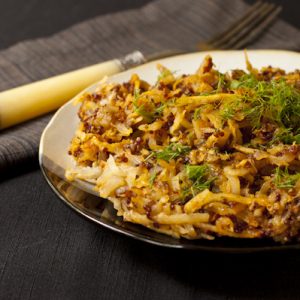