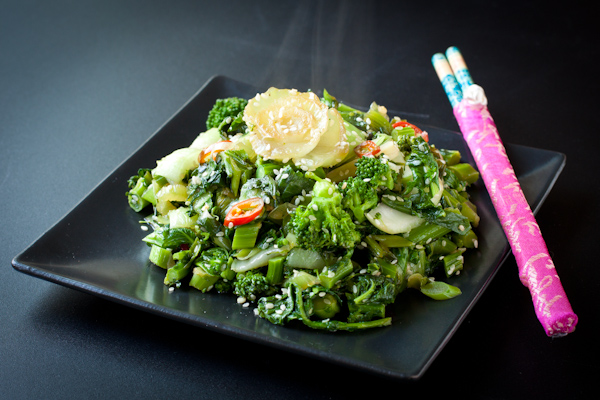 In 2002 I had the opportunity to travel to China’s Sichuan province as part of a panda country tour with the San Diego Zoo. Digital cameras were brand-new, and I bought a point-and-shoot for the trip. All the meals were amazing, and they pretty much looked like this. 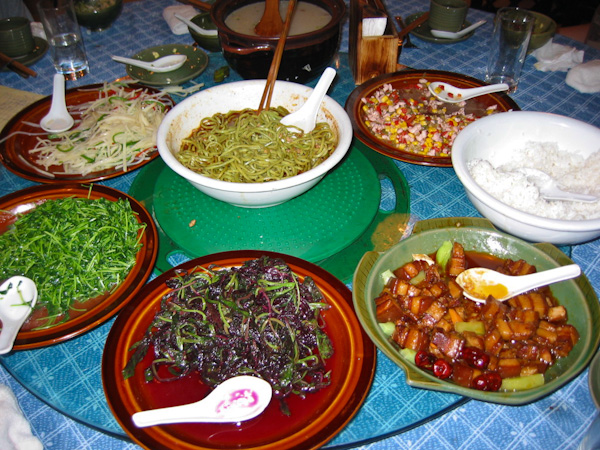 Served on a giant lazy susan in the middle of the table, dish after dish would be brought out straight from the woks. We rarely knew what anything was, unless it was obviously familiar like chicken or cabbage. I got pretty good (as one of the tour leaders) at deboning a whole fish with chopsticks. We were the guests of a tribal people in the Tibetan borderlands one day, and that meal included mutton and yak. 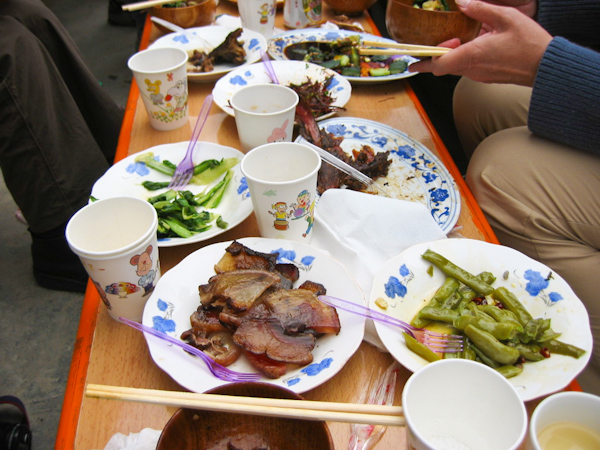 What I remember most were the greens, which came with every meal including breakfast. We almost never knew what they were, and they were nearly always bitter.

Americans don’t like bitter food, because we’re so used to everything having added sugar. But bitter compounds, and green leafy vegetables in particular, are so nutritious. They may even have a protective effect against Alzheimer’s and dementia.

With that in mind, I wanted to create a stir-fry dish to encourage you to step out of your comfort zone and try some green vegetables that might be new to you: bok choy and broccoli rabe.

all diets (note modifications in recipe) 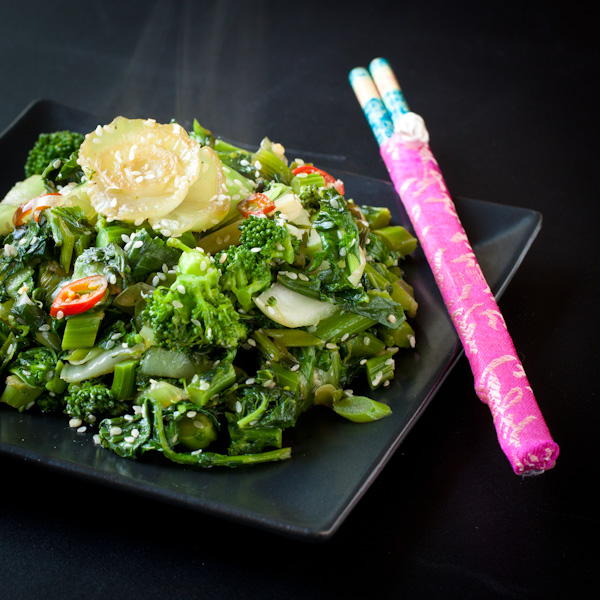 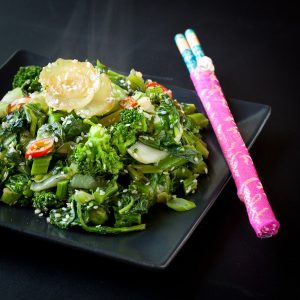