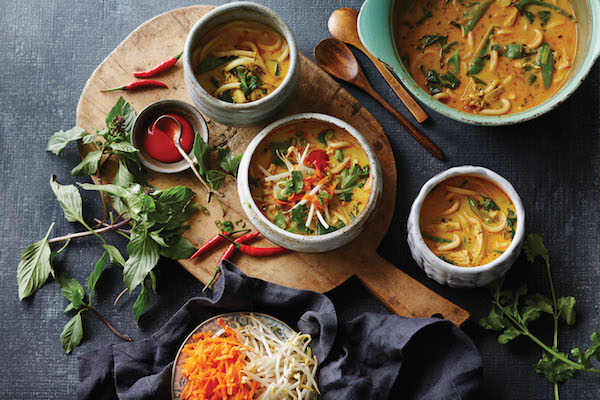 The comfort of chicken noodle soup, the spice of Thailand. From the book Soup Swap: Comforting Recipes to Make and Share

I’m so pleased to be participating in the #SoupSwapParty this month, because it meant I got a sneak peek at this fabulous book by Kathy Gunst, Resident Chef on NPR’s Here & Now.

I reviewed the book here, and I made this soup on Facebook LIVE with Chef Kathy Gunst!

Here’s how to adapt this recipe for various dietary restrictions while still enjoying its fabulousness: 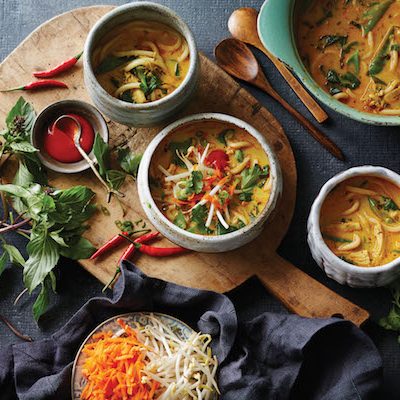 TO GO: Make the soup up to the addition of the chicken and remove it from the heat. Cook the noodles for 9 minutes, drain, and let cool. Toss the noodles with about 1/4 cup [60 ml] cold water (to keep them from clumping up) and pack them in a container. Pack the raw spinach, peas, and garnishes separately. At the Soup Swap party, reheat the soup; drain the noodles and add with the vegetables just before serving. The heat of the soup will finish cooking the noodles.