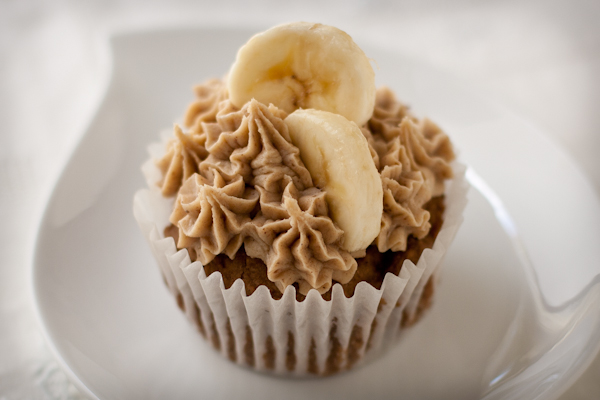 Roasted bananas and creamy cinnamon frosting make these cupcakes little nuggets of dessert goodness. These were inspired by a Martha Stewart recipe for roasted banana cupcakes.

While this is probably nothing like the original, as the rice flour makes it much richer and denser than Martha’s, it’s also free of butter, sour cream, and white sugar and provides healthy nutrition from the coconut oil and dates. This is the first vegan frosting I’ve made that can actually be piped from a pastry bag, so if that’s your thing, you’re welcome. :) 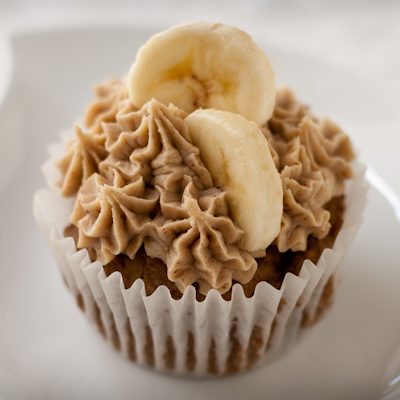 Per frosted cupcake: I used 2 T. of grapeseed flour and 6 T. of white rice flour to make my first 1/2 C. of flour. You can use another type of non-dairy milk in the cupcakes, or use buttermilk if you can have dairy. If you're allergic to soy, you can use rice milk powder in the frosting.