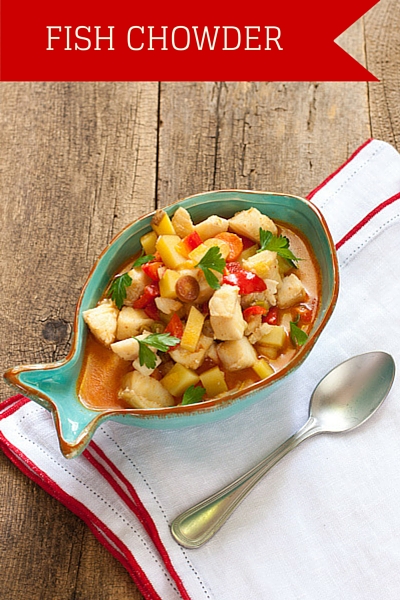 Use prepared Thai red curry paste and canned coconut milk to get this vibrant fish chowder on the table in 30 minutes.

I did not grow up eating this way. The closest thing we got to fish was canned tuna for sandwiches, Gorton’s fish sticks baked in a toaster oven, and Arthur Treacher’s Fish & Chips. It’s possible that, under protest, we ate fish my dad caught once or twice.

I had to learn how to cook good-quality fish.

After attending The Nutrition and Health Conference in Denver in March, I came home wanting to help my readers get more fish on the table. While the nutrition experts at the conference didn’t agree on much, they all agreed that eating more fish is a good thing. (Maybe not for the planet, but that’s another post.)

We are lucky enough to have neighbors who fish off the coast of San Diego, so we have fish in the freezer all the time. And I do not take that for granted. While the local tuna is lovely, I am always asking for rock cod, ling cod, and the other mild white fish they catch. Because I love making fish chowder. It’s so easy, so fast, both me and The Husband love it, and it barely even tastes like you’re eating fish. It’s the perfect recipe to introduce non-fish-eaters to fish.

If you’re following the migraine diet, my Migraine Relief Plan, or a low-sodium diet, you’ll need to make your own Thai curry paste. I do that, freeze it in silicone ice cube trays in 1 tbsp cubes, then keep those in the freezer in a ziptop bag for whenever I get a hankering for this fish chowder.

I add the vegetables to the Dutch oven as I prep them, stirring with each addition. That makes my prep time and my cooking time overlap, shortening the overall time to the table. You could also prep the veggies the night before to make cooking time faster. If you don’t eat white potatoes, sub another vegetable like butternut squash, rutabagas, or turnips. 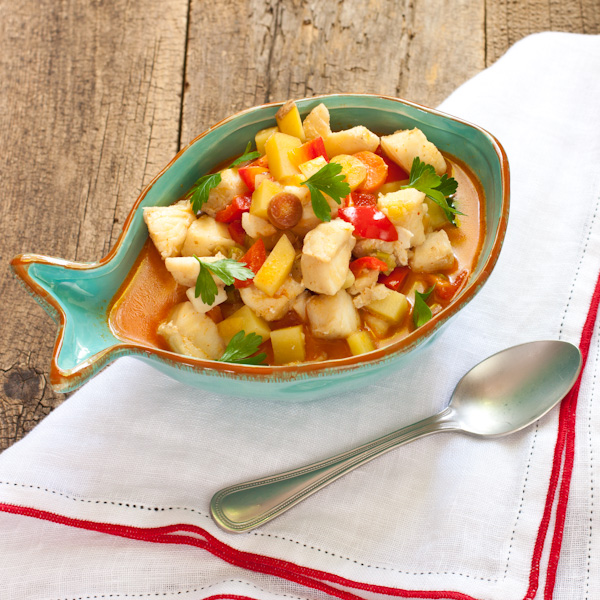 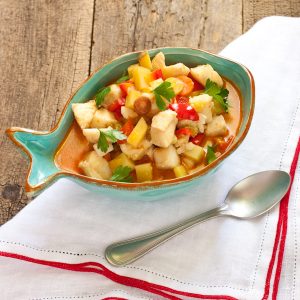