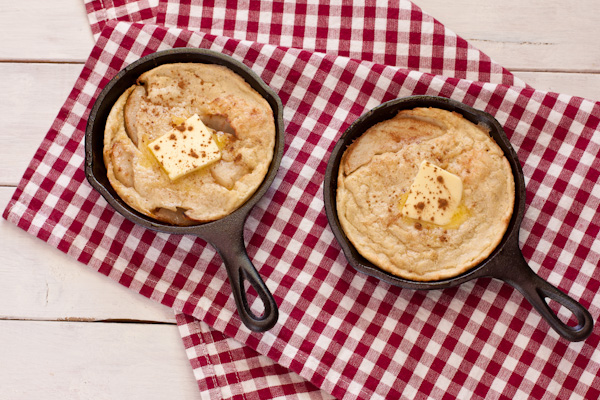 Also called Dutch babies, these puffy pancakes are delicious with the addition of caramelized fruit.

I’ve been making a version of this as a special weekend breakfast for years. It’s often our Christmas morning breakfast. The original recipe came from Real Simple magazine. This is a sweeter breakfast than we usually eat, so we serve it with some kind of healthy sausage or bacon, like chicken and apple sausage and eggs for the Hubs.

The renovation: I switched out the flour for a GF flour blend, added a second pear for more fruit, and used a small amount of maple sugar to caramelize the fruit in the pan. If you are not eating eggs, use your favorite egg replacer. It will not puff up quite as much, give it a good whisking before pouring into the pan. For this recipe, any type of milk will work: whole milk, soy, hemp, almond, coconut. It’s still really decadent! 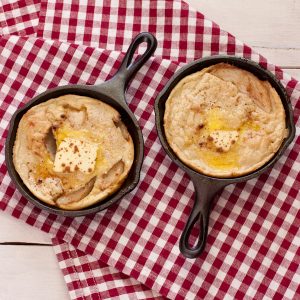 Per serving: You can use Bob's Red Mill all-purpose baking flour