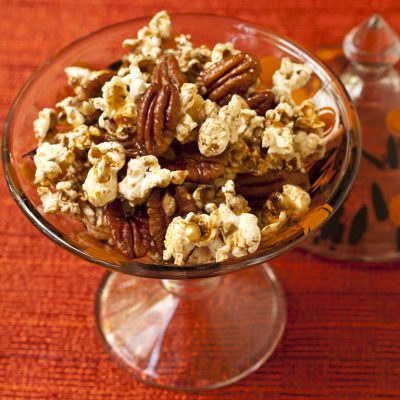 Just in time for fall, this sweet and crunchy maple-pecan glazed popcorn will get your mouth watering. A delightful snack, and one I sometimes make for Halloween to keep me from eating the kids’ candy. We get over 300 trick-or-treaters at our house, so it’s a long night full of temptation.

Does it feel like fall where you live? We’ve had such a hot early fall, it was nearly 100 degrees for the last few days. So I confess I did not just make this recipe; it’s been in the archives waiting for autumn to arrive to share it. 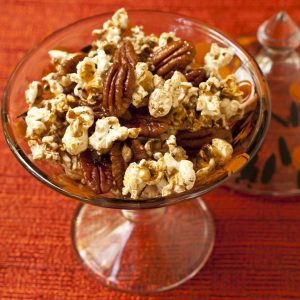