How to store cilantro, plus 10 great cilantro recipes 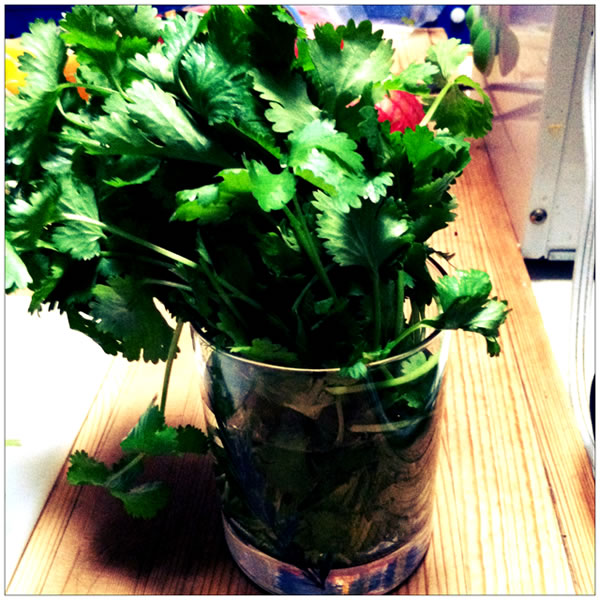 I don’t know about you, but I have never seen a recipe that actually used up ALL the cilantro in a bunch. And then you have this ginormous amount of cilantro that inevitably goes bad. I’m sharing my tip for making cilantro last longer, plus ten ways to cook up the rest of that cilantro. Unless you hate cilantro because you think it tastes like soap. In that case, here’s a lovely parsley recipe for you.

First, check the bunch that you bought, removing any wilted, yellowing, or slimy pieces. Sometimes they hide in the middle, so inspect carefully.

Wash the whole bunch with the rubber band still on. Then spin it dry in a salad spinner or shake it dry and roll it up in a clean kitchen towel for about thirty minutes.

Now your cilantro will be clean for any other recipes. You never want to cut herbs when they’re damp, a tip I learned from Chef Sally Cameron. 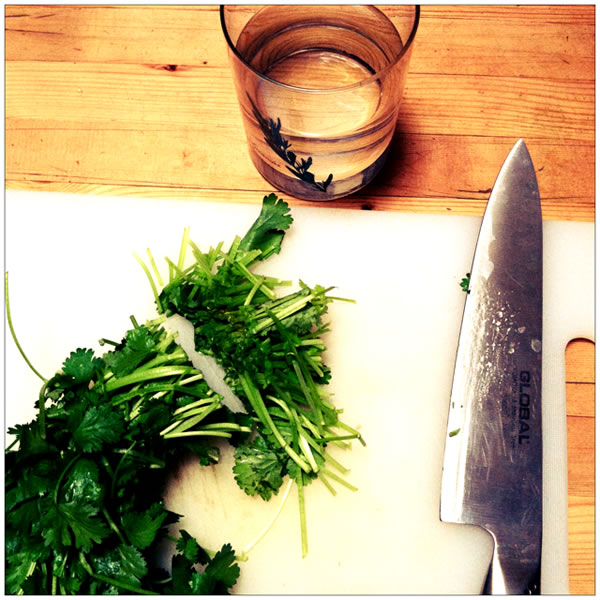 Finally, cut off the bottom of the stems with a wicked sharp knife, so that the stems can absorb water. Place the bunch in a sturdy glass (one that’s not likely to tip over) and fill with just enough water to cover the stems without touching any leaves.

Store in the refrigerator, changing the water each day if you remember. 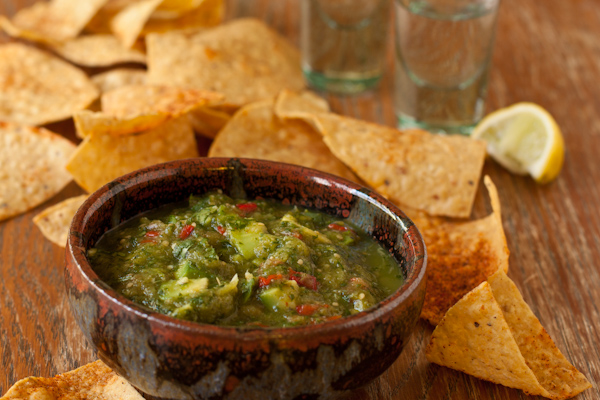 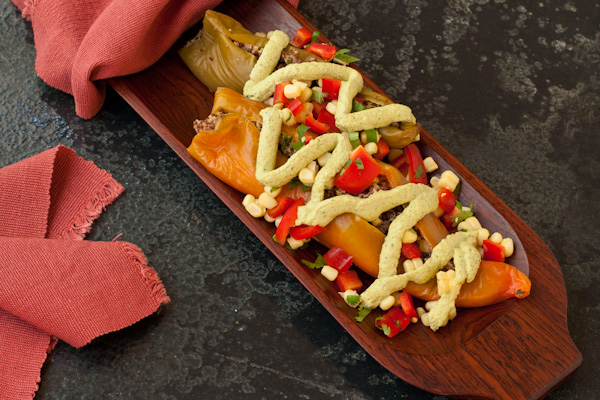 Today’s post is part of our mission to help you rebuild your health through food and lifestyle choices. Look for posts on Mondays featuring gluten-free, sugar-free recipes made with healthy plant-based ingredients, Wednesday essays, and Friday giveaways (when available.)