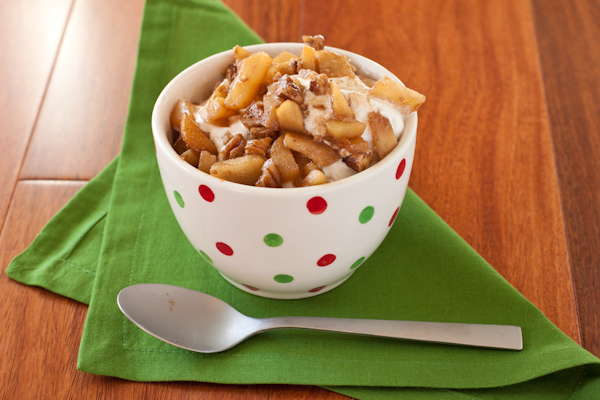 The taste of apple pie a la mode with caramel sauce, without having to make pie!

When my neighbor offered me some unusual liqueurs from her too-full liquor cabinet, I said yes. While I don’t drink (not opposed to it, it just triggers headaches and migraine attacks), I do love having new ingredients to inspire recipe development. When I saw the apple rum, I immediately got the idea to flambé something. No idea why. I have never flambéed in my life. But it has always looked like fun on cooking shows. I decided on seasonal pears, which are usually too hard to eat when you buy them, but perfect for cooking up into a caramel sauce for topping. This came together in 15 minutes total.

Serve pear-pecan caramel sauce by itself as dessert, over coconut milk ice cream (shown), cheesecake (regular or vegan), blondies, or even pumpkin pie for a dessert mashup. Husband tested and approved.

Notes: If your version of paleo includes grass-fed butter and coconut sugar, then this is paleo. Skip the rum and pecans for the migraine diet. Coconut sugar is low-glycemic, but is still sugar. Vegans and dairy-free people can use Earth Balance to replace the butter. 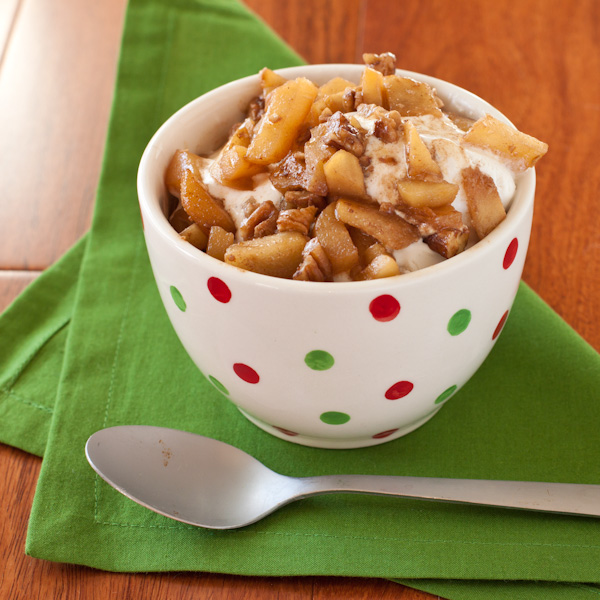 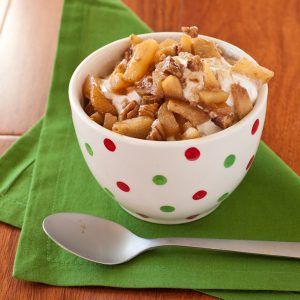