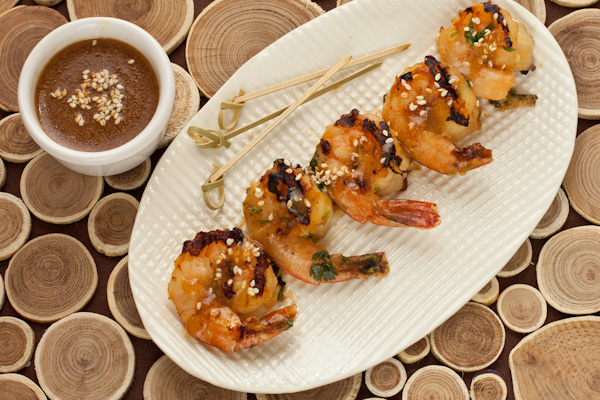 I’m excited to be returning to my home town of Chicago at the end of June for Eat, Write, Retreat, a food bloggers’ conference. I was even more excited to learn that my VIP registration included a preview of the Golden Door Spa’s new line of branded Artisan food products. The Golden Door spa is 40 minutes north of me in San Diego County. 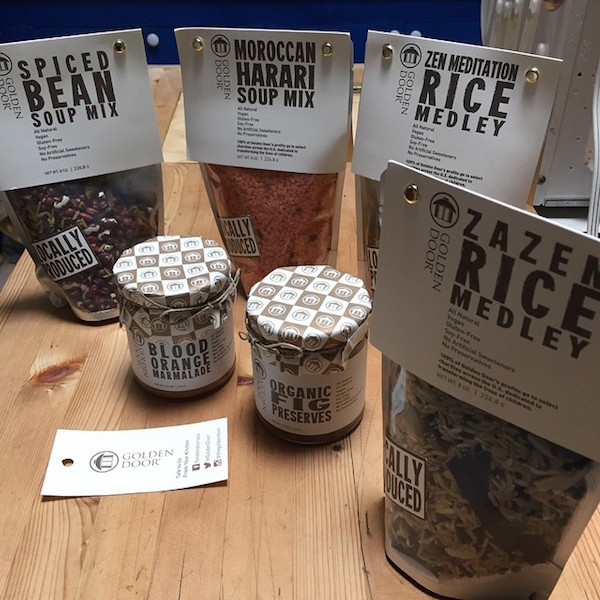 Our preview box included two rice dishes, two soups, and two marmalades to try. I thought the blood orange marmalade would make a wonderful glaze for shrimp. I added fresh garlic, ginger, mint, cilantro, toasted sesame oil, coconut aminos, and a little cayenne. The dipping sauce is a simpler version of the marinade. It creates a sticky, spicy, and not-too-sweet glaze for the shrimp. Perfect for an appetizer or entrée. I appreciate that their entire line is gluten-free.

This recipe is not for low-sodium or migraine diets because of triggers: oranges, sugar, and coconut aminos (fermented). Some people might be sensitive to cayenne. Shrimp are naturally higher in sodium than other proteins, although if wild-caught and untreated, they might be okay for you. See this post for more information about healthy shrimp options. Coconut aminos are lower in sodium than soy sauce or Bragg’s, but still a bit high. I have tested oranges and coconut aminos and they do not trigger migraine attacks for me.

Required FTC disclosure: I received these products to try as part of my paid registration for Eat, Write, Retreat. I was not paid to write this post. 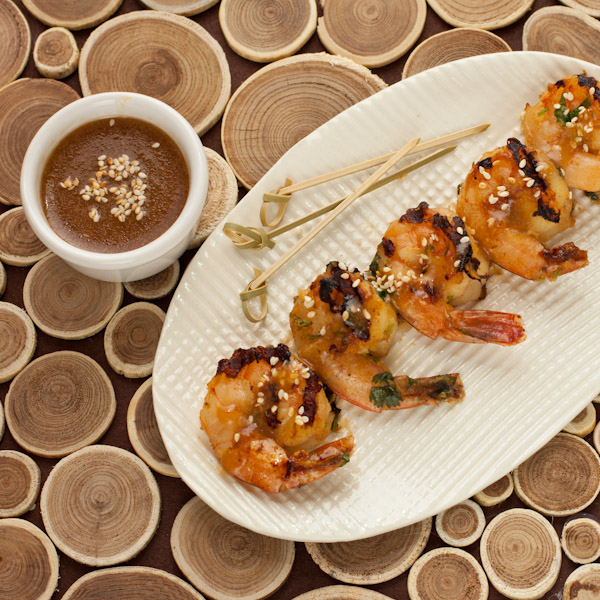 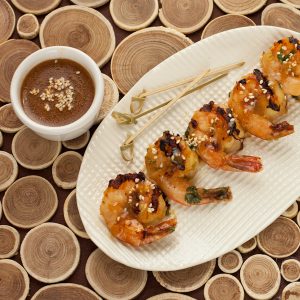 Per serving (4 ounces shrimp plus small amount of dipping sauce and sesame seeds):