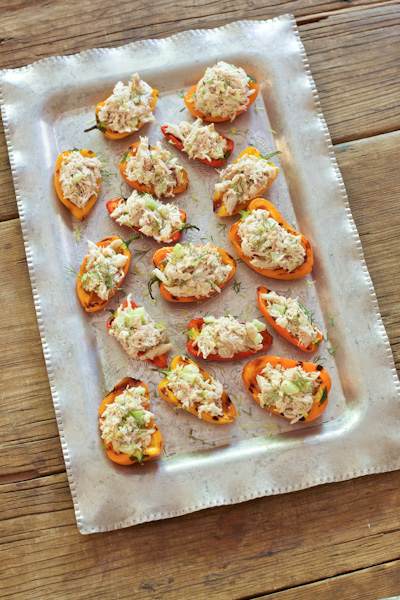 I loved the sound of this recipe for crab stuffed peppers in the June issue of Cooking Light, which took only light renovation. I am always looking for quick appetizers, and this one fits the bill if you make the cashew sour cream in advance. Packages of mini bell peppers are in stores now and make the perfect vehicle for two bites of crab salad.

Since canned crab is a higher-sodium ingredient, I subbed thick cashew “cream” for the cream cheese to reduce the sodium and make the recipe dairy-free. You can grill the peppers on a grill, grill pan, or even under a broiler. There’s no other cooking involved. I used claw meat, which is significantly less expensive than jumbo lump and works perfectly well in this recipe. 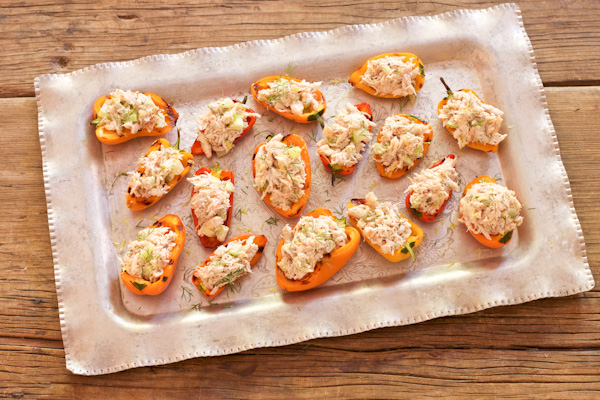 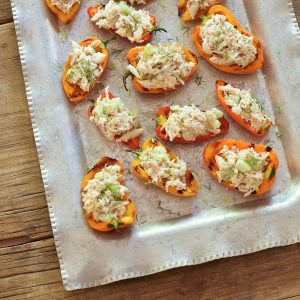