Book review: The Wurst of Lucky Peach by Chris Ying 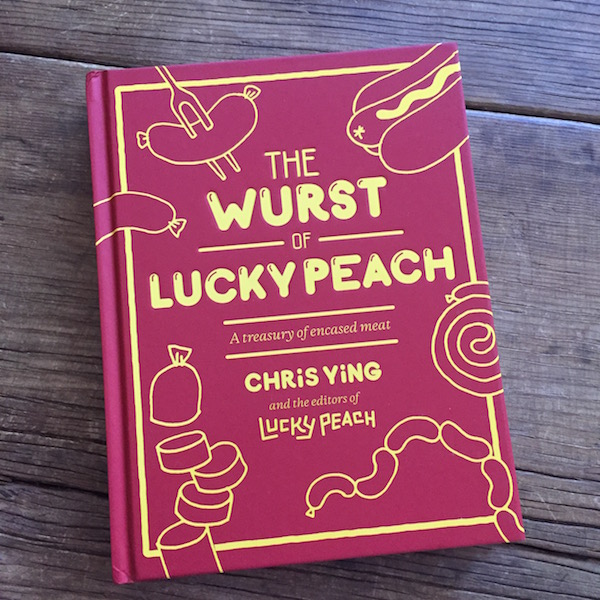 I was intrigued by the title of this book, The Wurst of Lucky Peach: A Treasury of Encased Meat

, although I confess that I was unfamiliar with the magazine (Lucky Peach) that published it. Clearly I need to get out more.

The book is an ode to the world of sausage, full of puns, tidbits, and lore, as well as some recipes in the back. I thought it was a perfect title to kick off paleo month here, as nearly all the recipes are grain-free and of course, focused on meat. (Not that paleo peeps eat only meat, but it’s definitely an important part of the plate, and the paleo and ancestral diets recommend eating offal.) 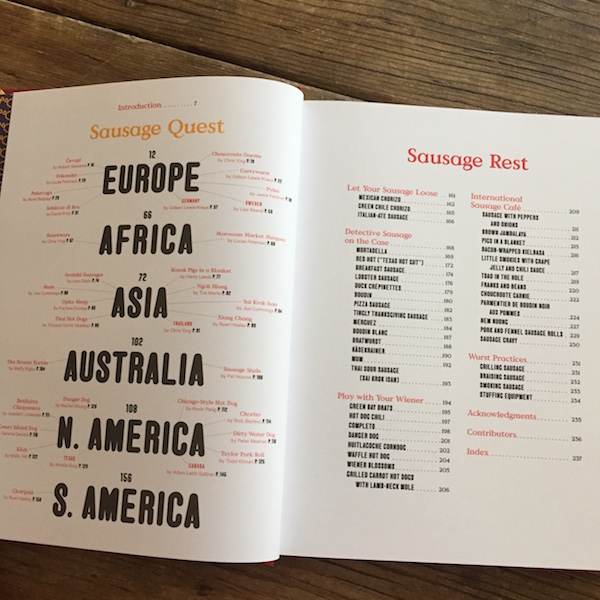 The book is organized with the lore first, in Sausage Quest, with stories and tidbits about sausage from the regions of the world: Europe, Africa, Asia, Australia, N. America, S. America. Next up, Sausage Rest, includes recipes as well as serving combos, with sections titled: Let Your Sausage Loose, Detective Sausage on the Case, Play with Your Weiner, International Sausage Cafe, and Wurst Practices. The book is creative visually, with a combination of fonts, colors, illustrations, and filtered photographs all giving it a strong point of view. 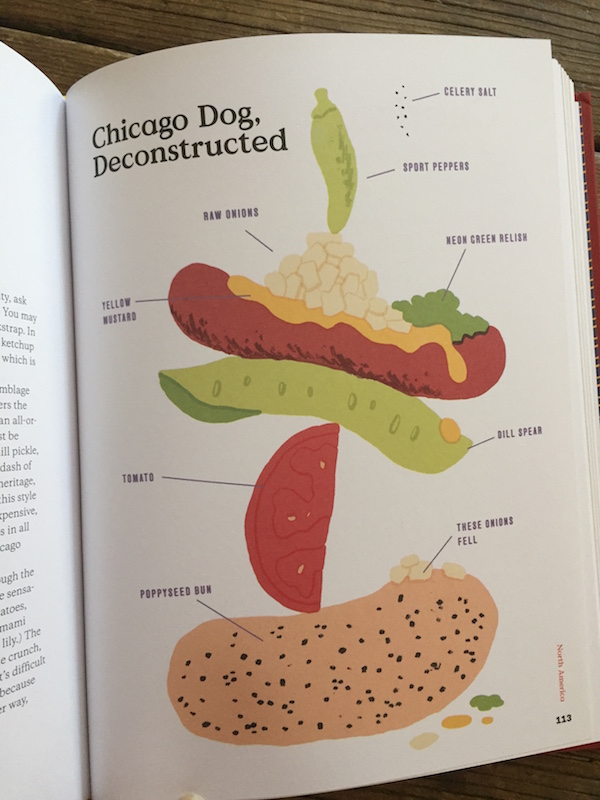 Most of the actual recipes have a photo of the finished sausage meat, usually uncooked. 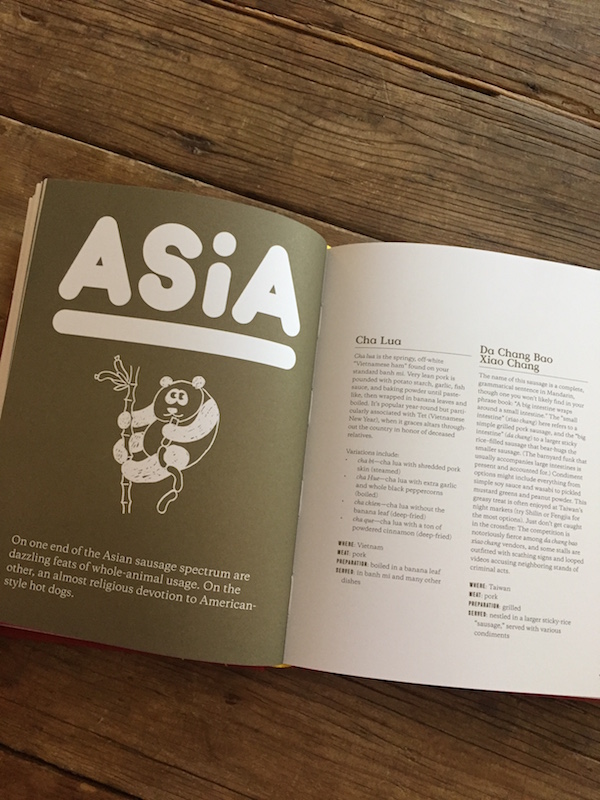 Recipes include Mexican chorizo, lobster sausage, boudin blank, pigs in a blanket, toad in the hole, and sausage gravy. Recipes are traditional, although most are gluten-free and/or paleo. 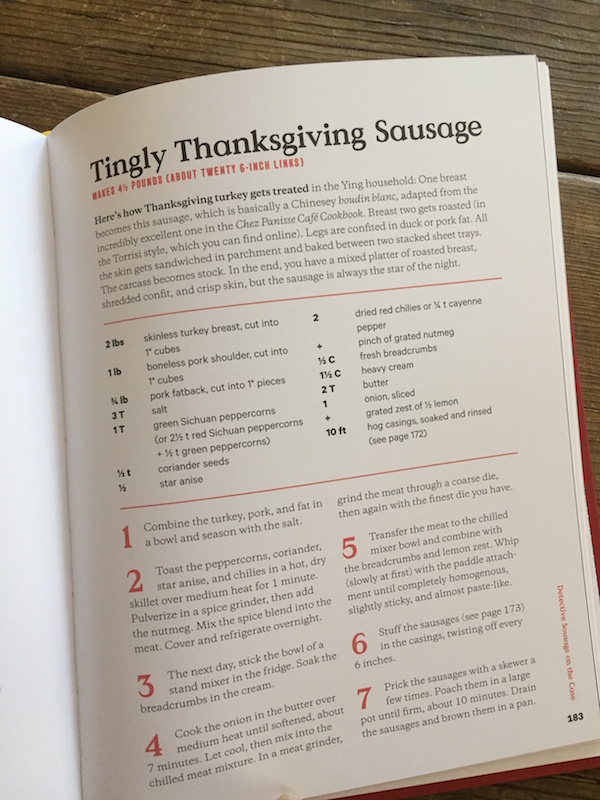 Fun style and design direction. I learned a lot about sausage that I didn’t know. The recipes look amazing, even if you don’t plan on making stuffed sausage, you can make patties or formed rolls from the recipes. If you love sausage and have to follow a strict low-sodium diet, this book would be perfect for you, as you could make your own without adding the salt. If you are very familiar with food triggers for migraine and gluten-containing ingredients (for celiac or NCGS), then this book is also recommended.

Recipes were not coded for special diets; nutritional analysis is not provided, which would be helpful for low-sodium eaters.

A note about my cookbook reviews: In the past, I tested at least three recipes from each book, took photos, and described my experience. Due to my dietary limitations (low-sodium, gluten-, dairy-, egg-free), it is no longer possible for me to test the recipes and do them justice.

Required FTC disclosure: I received one copy of this book from the publisher for the giveaway on October 27, 2016.
Here’s the book if you want to see more: