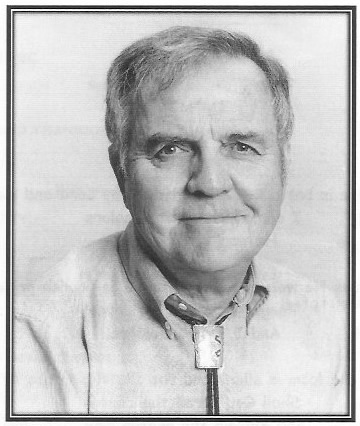 My father passed away on June 18 at the age of 90. I’ll write more about him in the future, as there is a lot to say. But today, in the last week of my Kickstarter campaign, I wanted to talk about his writing.

My dad was an incredible photographer, and in cleaning out their home we found hundreds and hundreds of photos he’d shot, like this self-portrait we used for his memorial service.

But he also had a lot to say, and for years he wanted to do book projects with me, me doing the writing and him the photos. In part because he would have liked to work with me on projects, but mainly, I think, because he didn’t believe in himself as a writer.

After he retired and they moved to Boulder, long after he turned 70, my dad started writing and self-publishing. He wrote about his time in Germany as part of the Army of the Occupation, a book called Rising from Rubble… Germany Revisited

. He wrote about flying, and about being a traveling salesman, and about his hunting dog.

Even when his fingers were gnarled by arthritis, my dad could be found pecking away at the oversized keyboard. On every phone call he would pepper me with questions about SEO, social media, and self-publishing. He would have LOVED that I was using Kickstarter to fund my book project, and would have been telling everyone he knew about it.

The last telephone message I have from him is still on the machine. It was from early May. He was reading my first book

, and because he’d had a stroke, didn’t remember he’d read it before. He was telling me how wonderful it was, raving about it just as he’d done when it came out six years ago. It’s nice to have that message, and to know that he must be cheering me on from wherever he is now, but of course I miss the fact that he’s not actually here to be that cheerleader in my world.

I’m sharing this because it’s never too late to follow your dreams, to try something you really want to try, and to make it happen. But someday, it will be too late because we all run out of time. So, don’t wait.