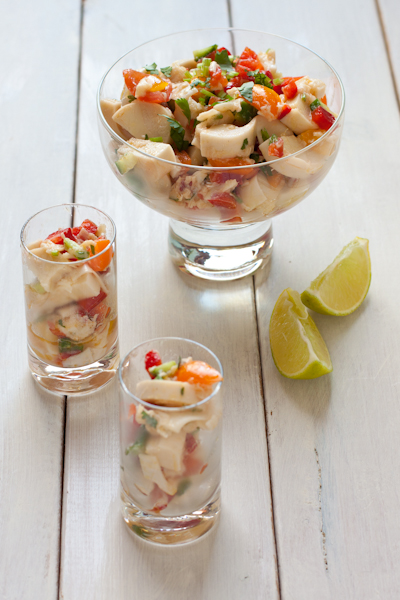 Enjoy this plant-based ceviche-style salad as a refreshing appetizer

Have you ever tried ceviche? It’s a raw fish or seafood salad that is “cooked” using the chemical reaction of citrus juice. If you have ever marinated fish in lemon or lime juice and found it tasted overcooked or rubbery after grilled, you have accidentally seen this process. (Yes, I have done that.)

I will only eat ceviche if I am absolutely sure of the quality of the fish or seafood it’s made from. (That’s the problem with having a public health degree, you know too much.)

My friend Chef Joann Stabile has served a version of this vegan “ceviche” and it was fantastic. The protein replacement is hearts of palm, the edible inner portion of the cabbage palm tree. After trying hers, I was hot to make it myself, and then I discovered that regular canned hearts of palm is crazy-high in sodium. So I shelved the idea until finding the Native Forest brand organic hearts of palm, which is not overly salty.

This is a lovely spring salad and since yesterday was Palm Sunday, it seemed appropriate! It can also be served at a party as shooters, shown.

migraine diets (because of the citrus) 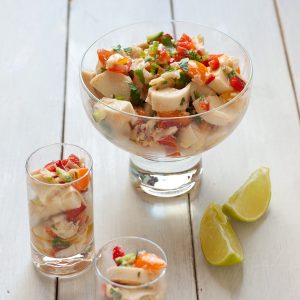