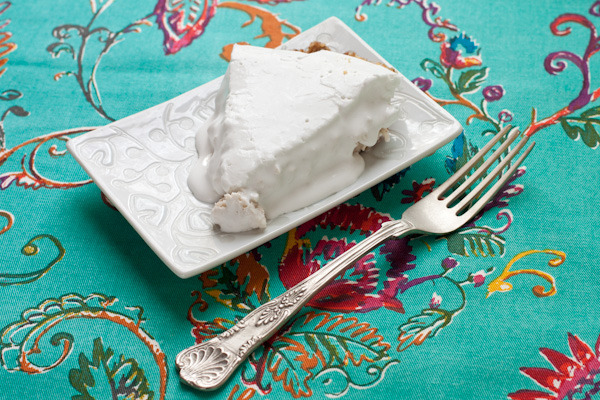 Happy Pi Day everyone! I always seemed to miss having a post for Pi Day; this year I’m ready! I wanted to create something The Husband would love, and coconut cream pie is way up there for him. This pie is made from completely raw ingredients. All you need is a food processor, a blender, and time. Be sure to chill one can of the coconut milk for at least 8 hours (preferably overnight) so it will set up properly for whipping. I had some issues with mine… okay, I’ll admit it, I went through four cans of coconut milk and coconut cream in varying stages of chill and finally gave up and took the photo… imagine it with fluffy whipped cream and large coconut flakes on top. I was taking the pie to a friend’s birthday get-together and I was losing my light. I know it looks like brie! But it’s super decadent, creamy, and not too sweet. It was a big hit with the birthday guy.

Having tried lots of brands, I get the best whipping results from Thai Kitchen regular canned coconut milk (not light, not cream). Other brands are either too thin to whip, or the coconut oil is too hard after refrigeration and stays in clumps. For some reason, Thai Kitchen is perfect.

There’s no added sugar in this recipe either. I used fresh Medjool dates, and just a little organic stevia to sweeten the whipped cream. If you can’t use gelatin, you could try using agar agar to thicken the filling, probably 2 teaspoons would do it. 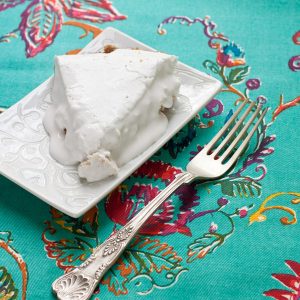